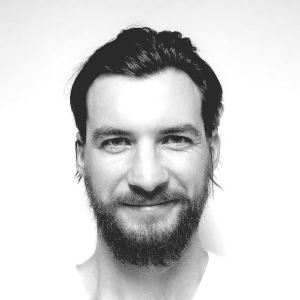 Zappy Birthday to you!

Designing any kind of beer label is always a fun job, but I was especially excited when Gold Coast independent brewery Black Hops approached us to design a series of labels for their 4th Birthday limited Releases.

The Black Hops branding has always been on-point from the very beginning and so we knew we had to create something that was bold, stylish and a bit adventurous too.

I wanted to keep it pretty minimal for a couple reasons.

First, craft beers generally have some incredible labels, but I find for the most part they are extremely busy and bold to help them compete on the shelves. However, I have noticed a bit of a minimal trend going on though with a couple QLD based brewery’s in particular doing some cracking minimalist labels.

Second, Black Hops recent special release labels have also had a more illustrative approach, so I wanted to steer away from that as I felt these needed to stand alone as a release and not be confused with the other monthly releases.

A bit of a bonus from a design perspective was that being a tap-room beer only, it allowed me to experiment with logo position and size, and lack of a barcode, as there are pretty strict guidelines for what needs to be displayed if the beer is going to be sold in store.

In terms of the all-important “brief” – we simply got the names, ABV, the description and an enthusiastic ‘go for it’. Nice.

The design always starts with the beer itself, and we knew these were going to be something really special – as all Black Hops beers are.

Zappy Birthday is a 6.2% Counter-Culture IPA. IPA’s are the original counter-culture of craft beer and what better way to pay tribute, than with Zappa hops. Named after Frank Zappa, in collaboration with the Zappa family, this hop is as counter-culture as the musician himself.

I knew I wanted to do something pretty trippy for this to pay homage to both Zappa’s crazy musical stylings and the ‘experimental’ era of the time.

I had the basic idea for the Zappy Birthday label while playing ‘Monument Valley‘ – an awesome game that is based on moving the character through a series of levels that are all created with impossible geometry.

The game is so much fun to play and the way the geometry moves to create paths that didn’t exist really messes with your head, which paired really well with the Zappa reference.

The lightning bolt was a bit of happy accident when I was trying to make the 4 ‘Z’s’ link up. Initially it was going to be just one ‘Z’ in the impossible geometry style, but it looked a bit lonely, and 4 actually worked really well, I just needed to link them up.

After a little bit of tweaking, the lightning bolt came to life, and that was all it needed.

A halftone dot background pattern in orange, a colour of the era, helped the label pop and give reference to the colour of the beer inside, and I snuck an easter egg in there that a few sleuths found early on – but that’s pretty obvious in the flat label and once you know it’s there.

Stay tuned as next up we take a look at the Black Forest Birthday Cake.